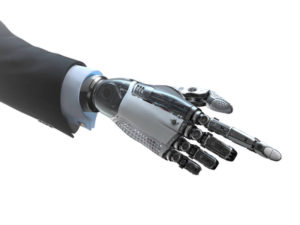 ROCHESTER, MN — Innovation isn’t easy. Case in point, your kids have heard of Netflix and Facebook, but will give you a blank look if you talk about Blockbuster or MySpace, two companies routinely listed among the biggest to fail specifically because they didn’t innovate.

So when we say three Minnesota cities were just ranked among the most innovative on Earth, it’s — with apologies to Ron Burgundy and the movie “Anchorman” — kind of a big deal.

The Australian data research company 2thinknow, which crunches numbers from cities across the globe, released its 11th annual Innovation Cities Index rankings of the world’s 500 most innovative cities this month. Cities that innovate more tend to bring in more revenue, create more jobs and become the best places to invest, the company said in a release.

The index is meant to measure how well a city creates an environment that encourages innovation. It uses more than 160 indicators based on comparative data sold to corporations.

This year, Tokyo, Japan — dubbed the “robot capital” of the world — became the first Asian city to be named most innovative on Earth. Tokyo proved it had a clear direction by embracing “smart technology change” to lead innovation, the authors found. It also emerged as a leader in two sectors that will be key to the future: robotics and 3D manufacturing.

“What really surprised us this year, was the resurgence of Tokyo, moving up to eclipse rival cities like Boston,” Christopher Hire, the company’s director data, said in a release.

He added: “While it was close between London and Tokyo, support of new technologies gave it to Tokyo based on 2018 trends, although this could change in 2019.”San Francisco, thanks in large part to the flourishing tech industries in Silicon Valley, was named the most innovative city in America and ranked third overall. New York City and Los Angeles also cracked the top five overall, claiming the fourth and fifth spots behind No. 2 London.

Here are the top 10 U.S. cities that made the list, as well as their overall ranking.

The U.S. performed particularly well, with 37 cities appearing in the top 100. California had the most cities on the list with 12. Florida had the second-most with six cities while New York and Virginia each had five. Some U.S. cities dramatically improved their rankings this year due to what the company called favorable trends and improved economic development. Chicago jumped up nine spots to No. 11 in the world, Seattle improved by six spots to 15th and Austin zoomed up 18 spots to No. 29.

The myriad startup and tech scenes cropping up show the U.S. economy has “strong grass roots of opportunity positivity,” the analysts noted. Much of that is due to how Americans are coming up with new ways to do business “as a service,” such as ride-hailing apps and subscription services for software and clothing. Such ideas allow for new ways for companies to make money on undervalued assets in the digital economy.

The authors also pointed to the success of smaller cities, which performed very well in the rankings.

“This year innovation is likely to come from large cities as usual, but we found on a population-adjusted basis many small cities are punching above their weight. It’s the year of big cities with physical networks and small cities with digital networks, going global,” Hire said.