It’s January in Minnesota, the time of year when some of us start to long for warm days and more sunshine. Those of you who thrive in this weather, more power to you. For those of us who are just waiting for spring I have found a few things to take part in during the upcoming weeks.

How about a youth fishing contest in February, bring your kids or nieces and nephews or just borrow a fun neighbor kid for a day of fun.

Description: An ice fishing contest for all youth 15 years old or under, accompanied by an adult.  Cash prizes for the 1st, 2nd and 3rd largest (by weight) fish in each of three age categories. Door prizes given out every 20-30 minutes. Register on site.

Or how about this…. The Polar Plunge.  Sorry, I’m not gonna participate in this one.  Honestly, I think anyone who does is nuts, but hey, it’s for a good cause.  I’ll give in other ways.

Firs,t the “”To Cool for School Plunge””  the time frames are 10:00 am – 1:00 pm but schools from throughout SE Minnesota will be encouraged to plunge during the noon hour on Friday, February 10.  Sr. High students will sign up to plunge representing their school and be treated like Kings and Queens at the Plunge site!

Secondly, the “Super Plunge” will begin again at 3:00 pm on Friday, February 10 with Super Plungers raising $3,000 minimum and plunging 24 times in 24 hours with their final plunge on Saturday February 11 at 1:30 pm.

Finally, the main “Polar Plunge” will kick off with the Opening Ceremonies at 1:15 pm where Special Olympics Athletes from the Rochester Flyers Special Olympics team will greet the plungers and spectators. The plunging will begin at 1:30 pm with the final plunge of the Super Plungers followed by over 1,000 plungers throughout SE Minnesota raising money for Special Olympics!

Cost: Each plunger must raise a minimum of $75. 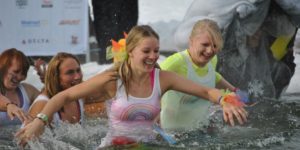 And finally, here’s an activity I wouldn’t mind trying  – an indoor winter activity.  This one looks like fun.

Sealed with a Deadly Kiss Murder Mystery at the Plummer House

Description: SEALED WITH A DEADLY KISS Jim and his groovy friends have decided to split the rat-race and hit the road in a VW bus for a far-out experience. They’ve chipped in some bread on a swell pad with plans to crash and let it all hang out.  But will their killer weekend be the death of them?  Bring your main squeeze and join the cool cats for a hip time!

Live interactive theater at the historic Plummer House. A fun and enjoyable live performance of a “who dun it”. Enjoy wine and desserts as you stroll the mansion trying to solve the mystery. 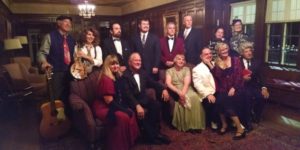 And now for the heartwarming story I told you about.  This story is from the Post Bulletin and it features a dear couple together for 70 years and this sweet couple happens to be the parents of our painter here at the Brittany’s – Dave!  Congratulations to Leroy and Lois on 70 years of marriage, such a blessing!

A box of love letters holds 70 years of memories for Rochester couple. 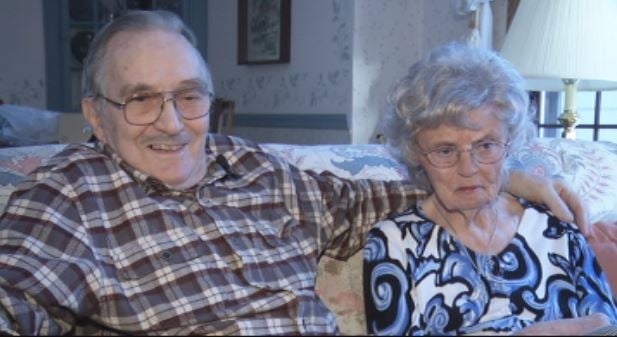 ROCHESTER, Minn. (KTTC) – Leroy and Lois McCullough met 72 years ago, and since then all their stars have lined up.  They celebrated their 70th year of marriage on Wednesday, December 21.

“My brother and I hitchhiked from the middle of Indiana to the north of Indiana to attend the wedding of a friend of ours, and sitting back there we’re looking at the whole row of girls up ahead and one had an especially nice smile so I asked a fellow from the church what’s that gal’s name? And he said Lois Anderson,” said McCullough.

Leroy didn’t have the courage to talk to her that night, so he instead he decided to send her a Christmas car when he got home.  But Lois didn’t respond, because she didn’t know who Leroy was!

Soon after writing the first letter Leroy was stationed in Chicago for the Navy, but he still couldn’t get Lois off his mind.  So he tried his luck again, this time reminding her who he was.

“I said would you write to me or do you not write to strange sailors?,” remembered Leroy.

“I said ‘no I usually don’t but with this sailor I will’ because he was so good looking,” said Lois.

“I think God planned our marriage before we even thought about it,” said Leroy.  But not everything about their story was perfect.

“I bought a used car that was a fairly decent car but I had to sell that car to buy an engagement ring,” recalled Leroy.

They got married on a cold day in December at the same church where their eyes first met.

Since then they have never looked back.

They have 5 kids, 6 grandchildren, and 1 great-grandchild.

Wasn’t that just sweet?  Keep warm and start looking for some of those fun winter activities.  Until next time. ~ Katherine