Well, as you know, here at Answer Man World HQ, we deal in the impossible. So yes, Virginia, there once was a castle at the top of Pill Hill. But this wasn’t a castle like you would see in Camelot, occupied by knights of the roundtable.
In fact, Willson’s Castle, as it was called, was a “castle” in name only. It stood at what was then 900 W. College Street — now Fourth Street Southwest — at the top of Pill Hill. It was the home of Charles Cudworth Willson, who arrived in Rochester in the 1850s and practiced law for 60 years. He was Rochester royalty, you might say.
Ken Allsen’s fine book, “Old College Street” tells the tale of Willson’s Castle.
Willson built his home, which he called Red Oaks, at the highest point of Pill Hill, and then topped it with a 75-foot tower. Everyone in town took to calling the mansion “Willson’s Castle,” either in awe or in jest, and in no time at all Red Oaks receded into history.
The upper level of the tower, by the way, had windows on all four sides — imagine the view from up there!
Willson and his family lived in the castle until 1918 when Willson, then 89 and a widower, moved down the hill a bit to lodge with his daughter at the College Apartments. After sitting vacant for a few months, the castle caught fire that summer and burned to the ground.
The rubble of the castle served as a dangerous playground for local kids until the site was cleaned up and covered with soil. There’s no trace of the castle up there on the hill today, but those in the know — namely your not-too-humble servant — know exactly where Rochester’s castle once stood. 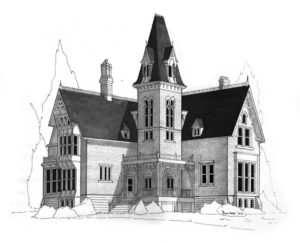 Rochesterfest is committed to promoting and celebrating the city of Rochester and southeast Minnesota annually by connecting people through a variety of wholesome, entertaining community events.

HISTORY
In the beginning, many people said it wouldn’t work.

“Too many other attempts were made to have a festival in Rochester and none were successful,” they maintained.In 1983, to commemorate the 125th anniversary of Rochester, Mayor Chuch Hazama named a 17-member committee to develop a plan that would involve the entire community in a celebration of the city. A year later Rochesterfest was born.
Come down for great food and fun events daily at 300 7th St SW, Rochester, MN 55902. 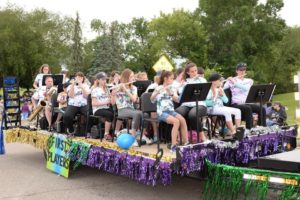 Enjoy southern Minnesota’s biggest parade with over 100 units! The Elks and K of C’s support the Parade.

Come join the fun with friends and family! 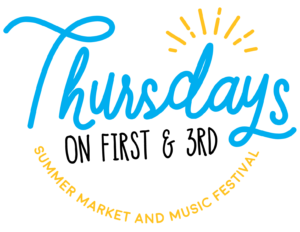 Sit back and relax with friends and family as musical talent is featured from 11:30 AM – 1:00 PM. Stick around for the Music Festival performances at 5:00 PM and 7:00 PM on two stages!